April is here, and the weather thus far has been delightfully mild. We all know “April showers bring May flowers.” Unfortunately, those showers leave small puddles of water in our ditches, buckets left in the sand box, and in the oddest places like hollowed spaces in trees. These seemingly harmless collections of water are a breeding ground for the most deadly organism on earth, the mosquito.

Yes, you read that correctly. The mosquito is the deadliest organism on earth because it is the vector for a number of diseases such as malaria, Eastern Equine Encephalitis, St. Louis encephalitis, Japanese encephalitis, yellow fever, dengue, West Nile virus, Zika virus, and my personal favorite, chikungunya. Thankfully, in the US of A most of these diseases are rare due to excellent mosquito control measures by public health agencies. However, these things are still annoying little critters which can ruin your barbecue or birthday party.

Ædes ægypti, Ædes albopictus, Anopheles quadrimaculatus, and Culex quinquefasciatus are the scientific names of four common mosquitoes which plague our area.  (Don’t the names just sound annoying? And sinister?) They all need stagnant water to breed and go through a complicated life cycle which is not relevant to this discussion. What is relevant is that in order for many mosquitoes to be able to produce eggs, they need to have components found in blood. This can be from any animal: reptiles, fish, cats, dogs, birds, horses, and humans. This is where we come into the picture.

What exactly attracts mosquitoes to people in order to siphon off a small amount of blood from them? There are a number of factors which contribute to this: type O blood, heavy breathers, those with a lot of skin bacteria, people with a lot of body heat, children, and the pregnant. A person’s attractiveness to mosquitoes also has a heritable, genetically-controlled component.  That’s all interesting, but how does a mosquito locate someone?

Female mosquitos hunt their hosts by sight and by detecting compounds such as carbon dioxide, octenol, and nonaldehyde.  The last compound is found in perfumes. They also are able to detect chemicals in perspiration. They prefer some people to others because frankly, some people’s sweat smells better to them than others. So when we say your child smells sweeter to the mosquito, we are really only half joking.

Mosquitos are crepuscular critters.  In other words, they hunt for hosts in twilight (dusk and dawn). During the heat of the day they prefer to hang out in cool areas and only bite if they are disturbed. Otherwise they wait until evening to resume their hunt.

The female mosquito basically has a hypodermic needle for a nose. This is called her proboscis. When she bites someone, she injects her proboscis into the skin and releases a little saliva which is an anticoagulant and sucks out a small amount of blood. (She spits in your skin. Yuck.) It is this saliva which is the means of spreading disease. It’s also the cause of the itching. The saliva causes histamine to be released which produces a red, itchy bump called a wheal to form. This histamine is meant to destroy the proteins left by the saliva. Most of the time this wheal forms immediately, but occasionally it may take hours to a few days to show up.

Once a mosquito bites you there are options to deal with the itching. Antihistamines orally such as Benadryl, Claritin, Zyrtec, Allegra, and Xyzal will help with the itching. Topical Benadryl is also effective. Topical steroid treatments like 1% hydrocortisone cream and triamcinolone cream are another option. Before using any of these it would be best to consult with one of our physicians as to which is best for your child. Even with no treatment, the itching resolves within a few hours. (This was an actual experiment I performed in a medical entomology class in college. We weren’t allowed to scratch the itch.  Worst 2 hours of my life!)

As with so much in healthcare, an ounce of prevention is worth a pound of cure. Here are some ways to prevent the mosquito from ruining your outdoor activities. First, remove sources of stagnant water. Empty old buckets, tire swings, and any other source of standing water that you see. Second, wear clothing which covers as much exposed skin as possible. While this helps, it may not prevent all bites. Third, insect repellents. The most effective are those which contain DEET, but DEET in high concentrations can cause problems in children, so get a product such as Off Family or Off Skintastic. These have a much lower concentration of DEET, generally less that 10%. Parents should apply the repellent. Children should never apply insect repellents themselves. Oil of lemon eucalyptus is quite effective. And finally, citronella is also an effective repellent, although it lasts for a shorter time than others. Fourth, if you are camping be sure to use mosquito netting to keep those pests out of your tent.

Finally, mosquito borne disease in our area is not very common due to excellent mosquito control measures. What we mostly deal with are complications from scratching, like impetigo. If the wheal becomes very red or covered with a crust that looks like dried honey, we should examine your child in the office. However unlikely, if your child has mosquito bites and suddenly develops fever, body aches, headache, and stiff neck, it is imperative that we see them right away.

So hopefully now you are bettered armed to fight these annoying pests.  Enjoy the mild weather with fun outdoor activities. Just take the precautions which have been discussed and you will keep the mosquitoes at bay.

Fun fact: In Iberville Parish, Louisiana there is a town called Maringouin. This is the Cajun French word for a large swamp mosquito. 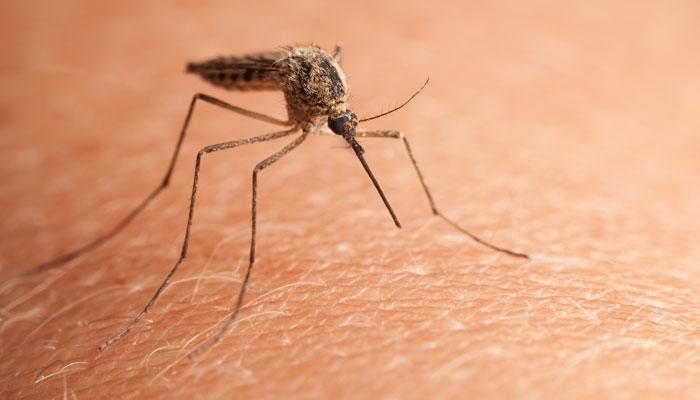